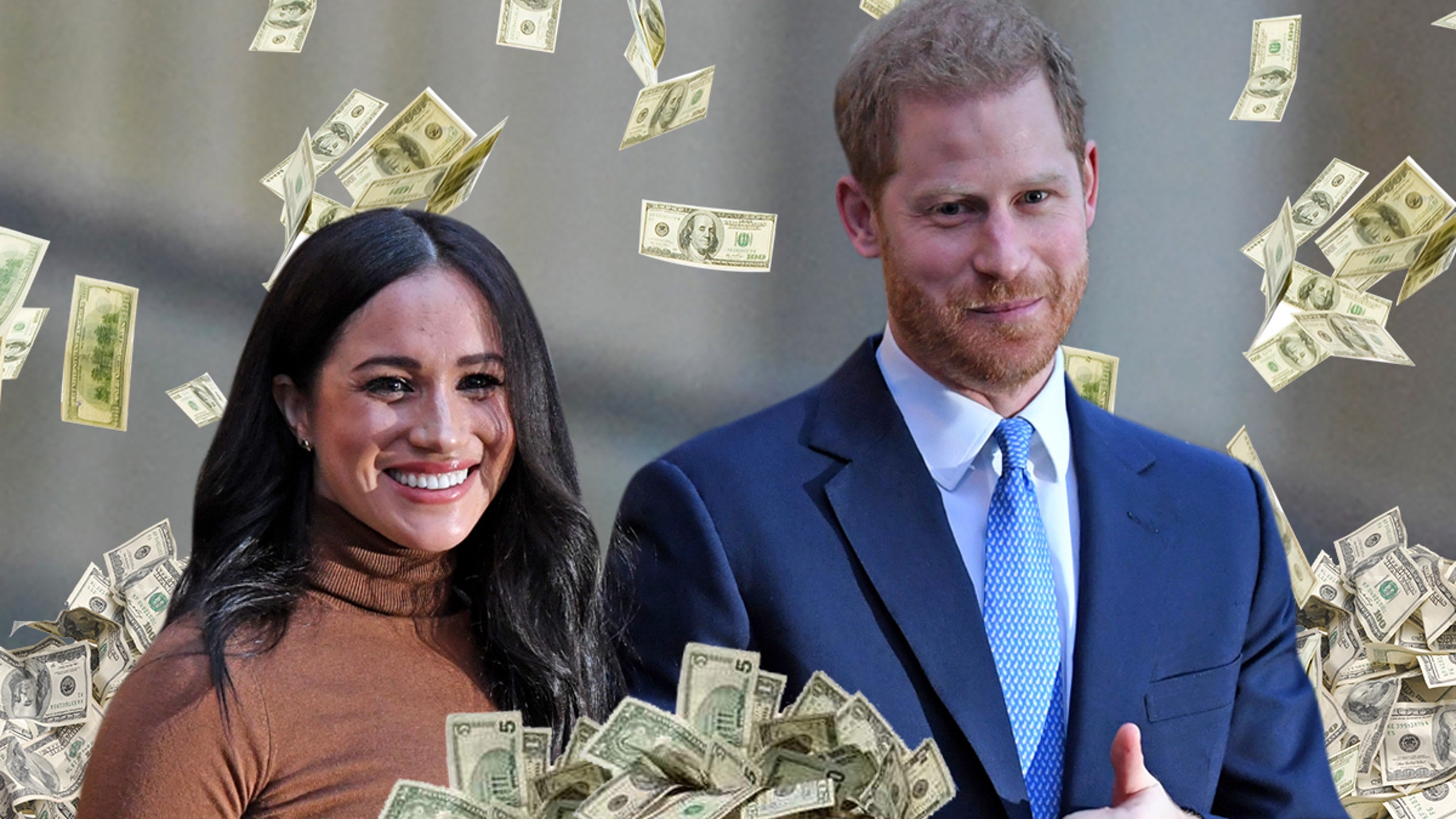 Meghan Markle and Prince Harry should have no problem becoming self-sufficient … because there are huge sums to be made for speaking engagements and book deals.
The Duke and Duchess of Sussex would easily command upwards of $500,000 each to speak in front of crowds … according to folks who help celebs get such deals.
Lots of famous folks get paid huge sums to speak, and Meghan and Harry are obviously in demand. GDA Speakers, whose clients include Nicole Kidman and Diane Keaton, predicts baby Archie’s parents could do a lot of business speaking in front of non-profit and volunteer-based organizations, and they’d get more than the standard $200,000 to $300,000 going to most celebs.

Meghan and Harry could make even more by putting their names on a book … celebrity and sports agent Darren Prince tells TMZ, the former Royals could easily bank an $8M to $10M advance on a book deal. The final amount could be even higher because we’re told the $8-10 mil figure would essentially be a starting off point.
If Meghan and Harry go down the book publishing road … we’re told they would trigger a massive bidding war, with the winner cutting the biggest check they’ve likely ever written.

Meghan and Harry’s story is one-of-a-kind … but the real moneymaker, we’re told, would be an unprecedented Royal biography or tell-all from an actual Royal. Meghan and Harry would command a fortune, even surpassing Michelle Obama’s highly lucrative book.
The numbers stay the same for joint speaking appearances … we’re told Harry and Meghan would collect a cool $1 million as a pair. The prices will go up, we’re told if they speak longer and add Q&As and meet and greets.
It’s an insane amount of money, but we’re told Harry and Meghan wouldn’t shock anyone by donating the cash to charity … after all, it’s what most celebs, do … and this couple is known for its big deeds.