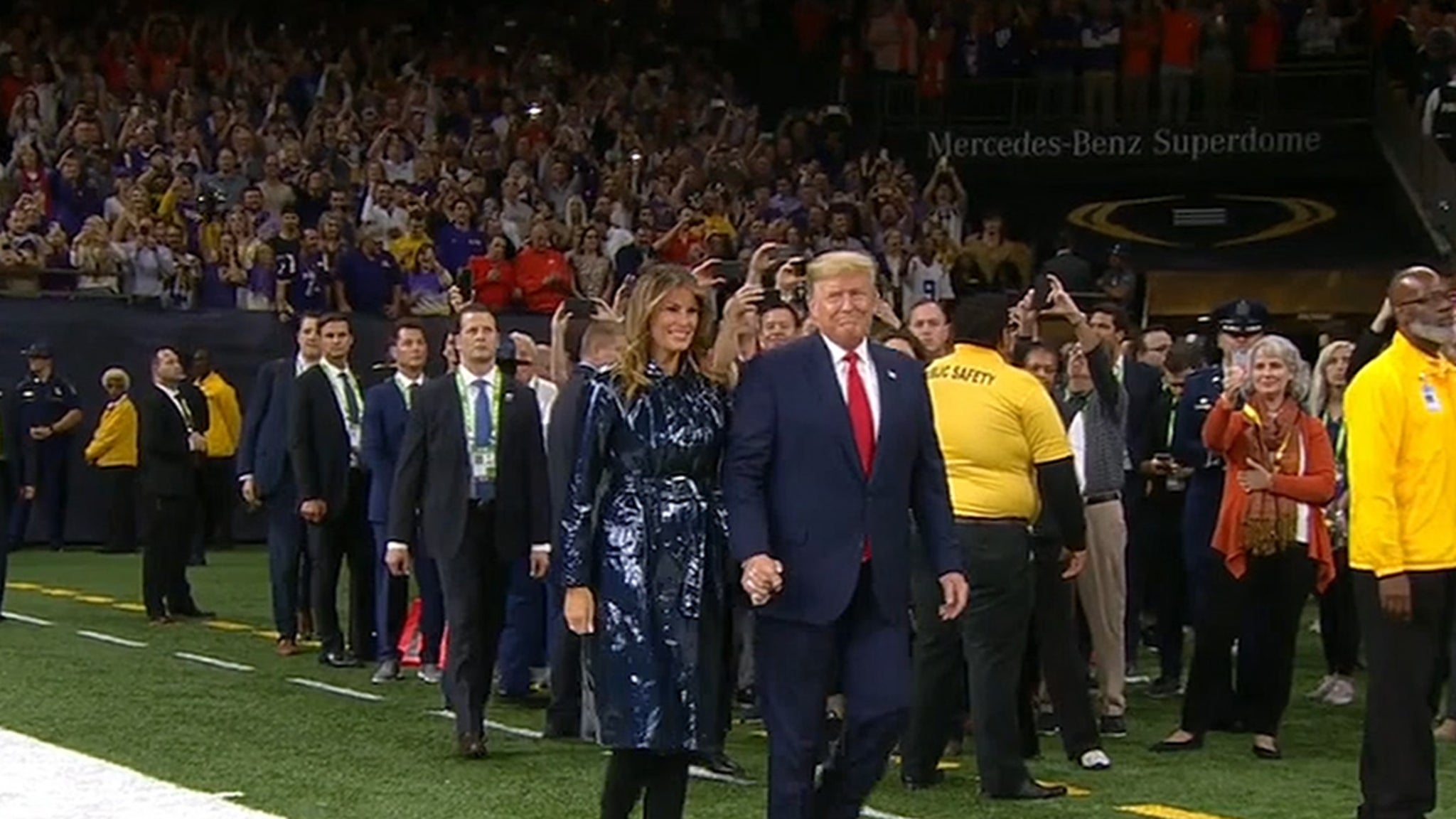 President Donald Trump may wanna stick to college football games … ’cause #45 got a standing ovation once again at the College Football Playoff national championship game!!
It hasn’t always been this friendly for POTUS … he’s been boo’d to hell (World Series), cheered incessantly (LSU vs. Alabama), and gotten what some would call “mixed reviews” (UFC 244).
But, the crowd was lovin’ Trump on Monday night when he and First Lady Melania took the field before kickoff for the National Anthem … with audible cheers coming from the seats.
FYI — the reception shouldn’t come as a surprise … Trump easily won the state of Louisiana back in 2016.
LSU QB Joe Burrow has played in front of Trump once earlier this season … and has previously said it’s a “pretty cool” experience, regardless of political beliefs.