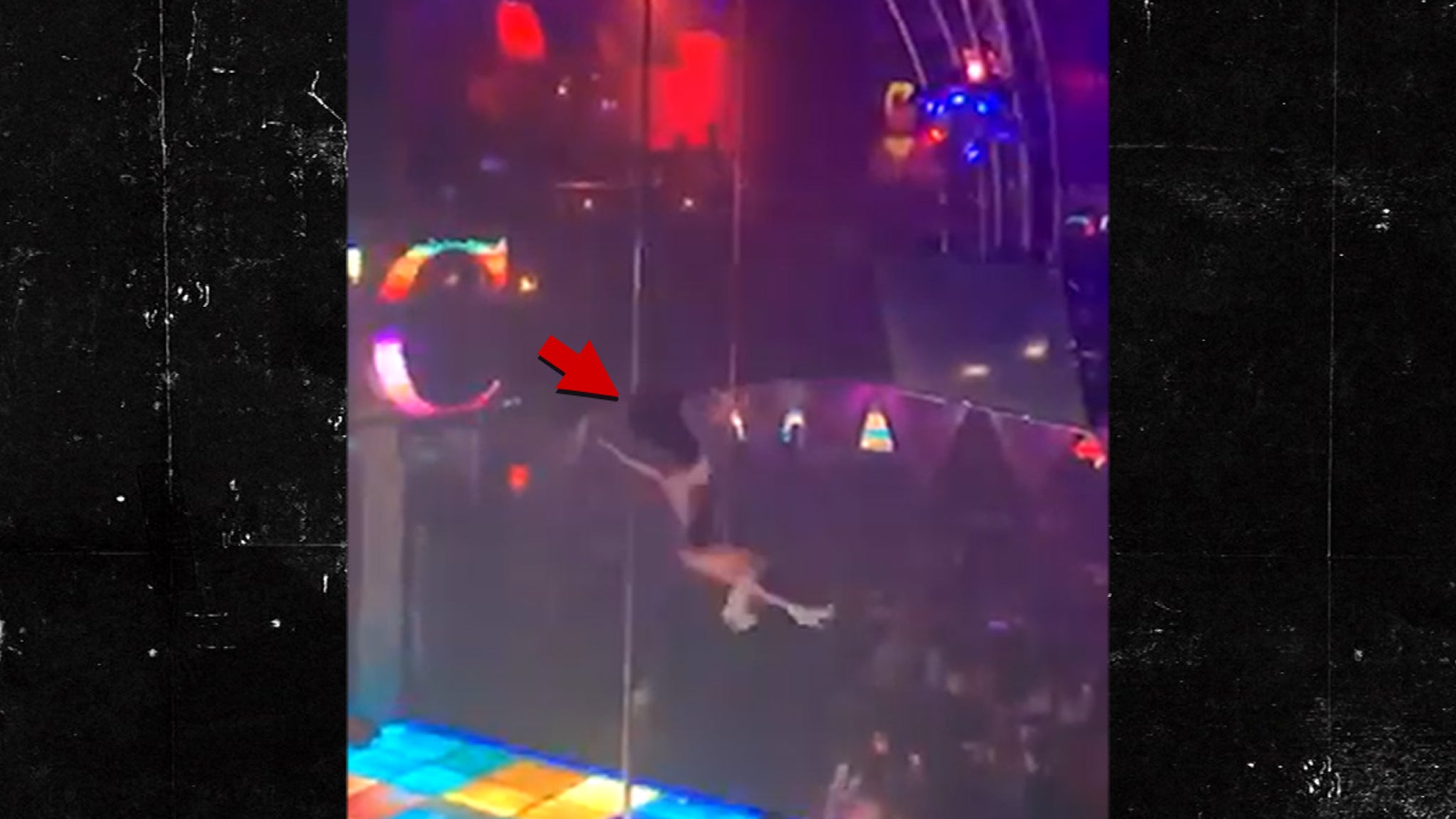 6:22 PM PT — Genea just shared an update from her hospital bed, saying her jaw is wired shut after a successful surgery.

A stripper in Texas proved she’s got nerves of steel and fantastic muscle memory … hopping right back into a twerking routine after taking a 15-foot fall off a pole.
The gal’s name is Genea Sky, and she seriously injured herself this weekend at a gentlemen’s club in the Lone Star State — where she was performing onstage and hiked up a super tall pole that some people say reached the two-story mark … only to go tumbling down.

Genea ends up falling on her face from that high up, but what’s even crazier … she almost immediately bounces right back up and starts twerking from all fours. What a pro!!!
In all seriousness, though, it was a nasty fall. And, it sounds like the dancer took some lumps as a result — Genea later took to social media to announce she’d fractured her jaw, cracked some of her teeth, sprained her ankle … and needed stitches, plus surgery.

Now, a ton of people have made jokes about the video — which as since gone viral. Even 50 Cent has weighed in, jokingly saying she must’ve died and that the nerves are what made her shake afterward. That said, Genea notes there’s nothing funny about her predicament.
In fact, one of her good friends even went so far as to create a GoFundMe for Genea to help cover her medical expenses. So far, it’s already racked up over $13k out of a $20k goal.
No word on where exactly this took place, but one thing you gotta wonder about in this case … is she eligible for worker’s comp? Do strip clubs have medical?? Hmmm … 🤔
Originally published — 6:32 AM PT