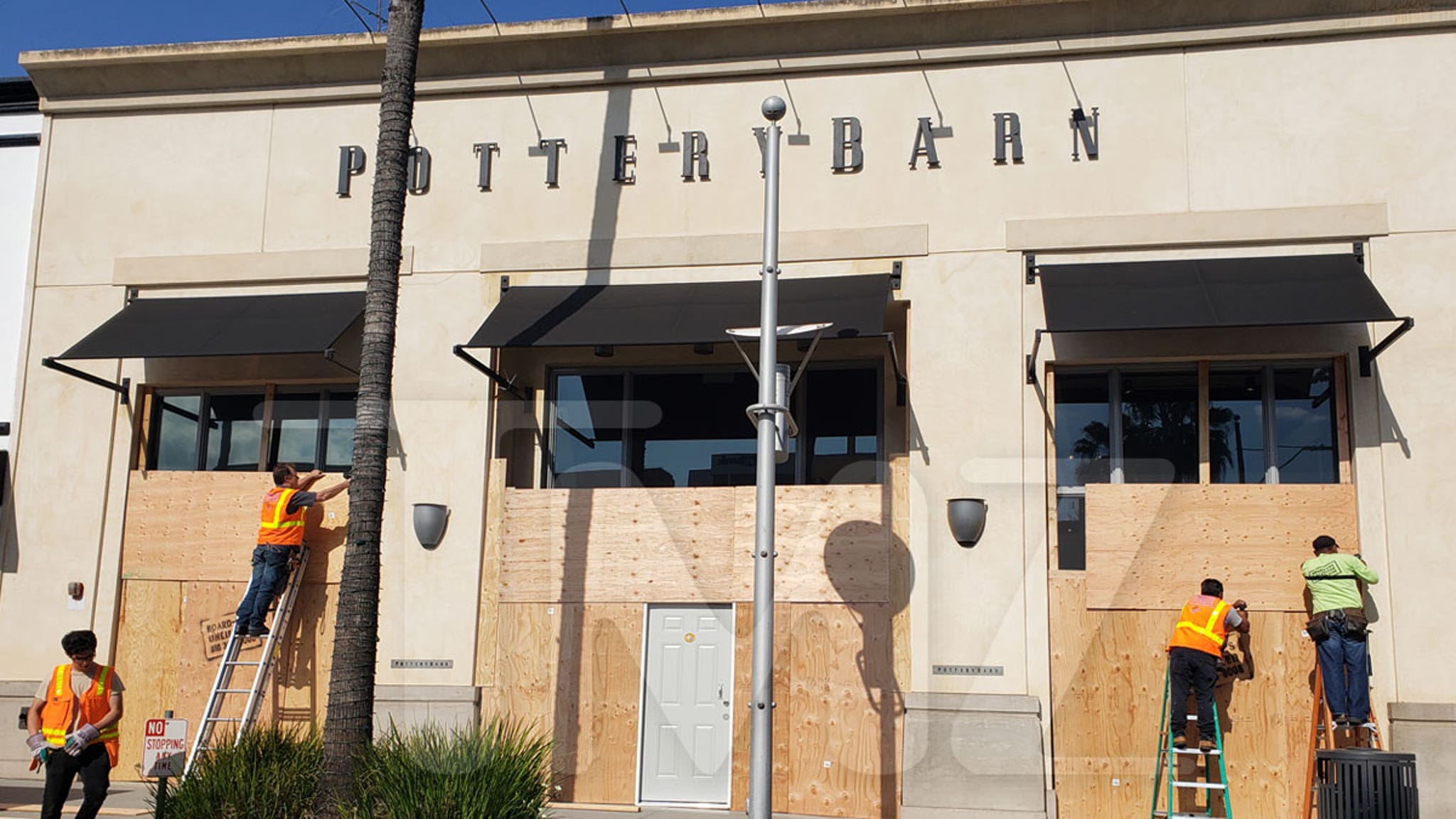 The fear is real near the ritzy Rodeo Drive in L.A. — shops are not only clearing their shelves of high-end merch … they’re also boarding up their stores, as you can see here.
Check out these shots TMZ got of the Pottery Barn in Beverly Hills — off of Beverly Dr. and Dayton Way, right near Rodeo — with construction workers putting up giants slabs of plywood and other material to completely cover their storefront windows facing the street.
It’s kinda eerie and pretty clear — it’s being done to protect the store from would-be looters crazy enough to break in. The workers told us it was a temporary measure this specific PB was taking in anticipation of bad actors. Also, because it looks like they’re going to be closed for a good long while here amid the outbreak.

Pottery Barn isn’t the only furniture shop out in that neighborhood that seems to be worried about robberies and the like — we got a glimpse of a West Elm store just around the corner that had its windows boarded up too. Only there’s were way longer than Pottery’s.
Because of the layout of the store, West Elm’s row of boards ran the length of about half that block.

Besides that, several other luxury brand boutiques and retail stores have taken similar precautions of late as soon as city-wide and state-wide shutdown orders were placed.

The stores on Rodeo Drive are closed and the shelves are empty of all merchandise. pic.twitter.com/1JWIRKHWzC— Liz Habib (@LizHabib) March 20, 2020
@LizHabib

Take Chanel, Prada, Balenciaga, Dior, Valentino and other designer brands along the strip … photos of their store shelves being completely empty have been floating around online for a few days now. The whole area is an essential ghost town, and after Trump’s announcement that these quarantine measures will be in place until April 30, it sounds like some businesses are getting ahead of a potential panic that could hit the streets.
Scary times, indeed.