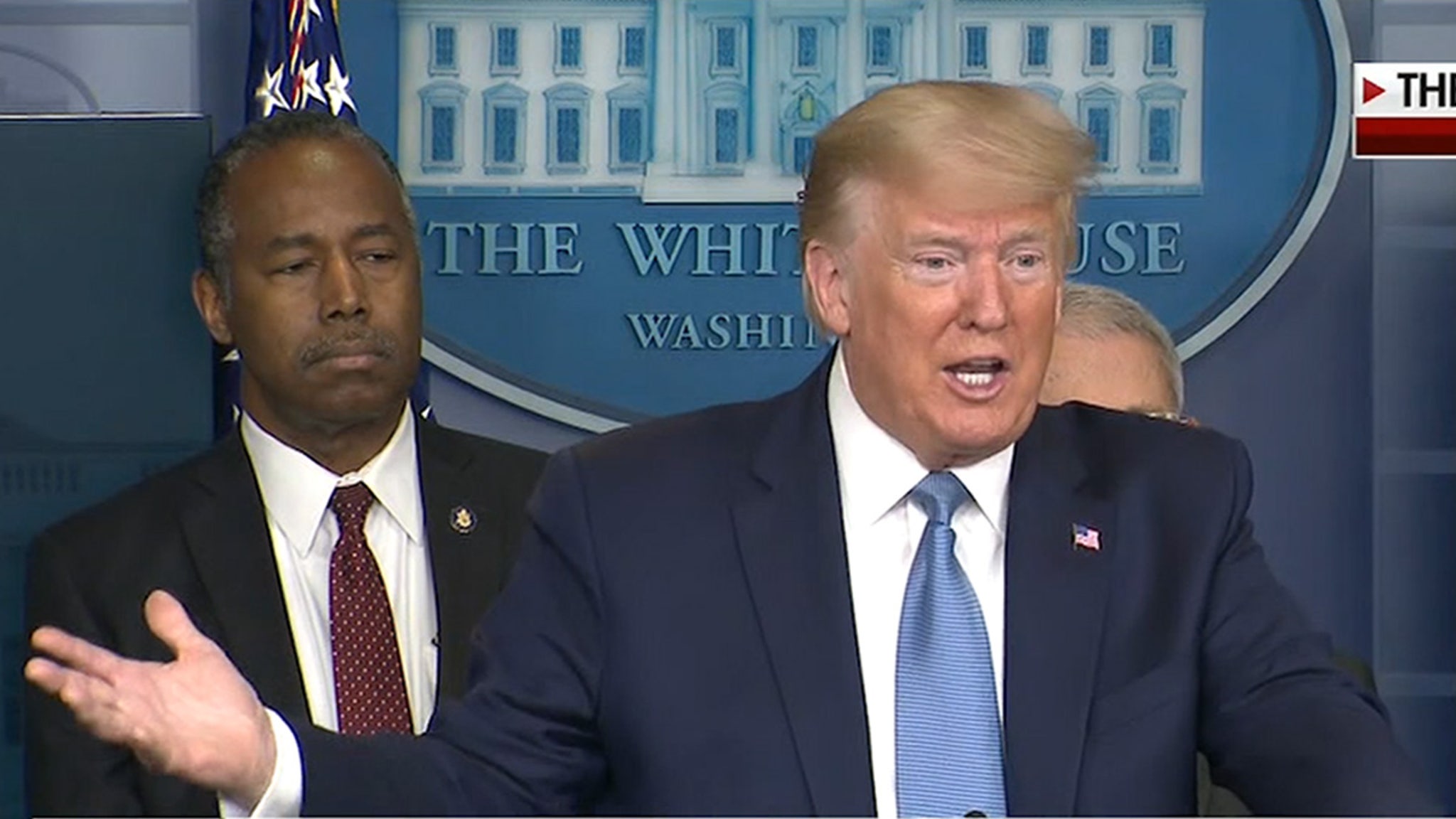 President Trump said it’d be a good idea for hotels to start closing their doors — including his own — but the fact is … Trump Hotels in America are by and large open for business.
45 was asked about how the shutdowns and closures sweeping the nation’s businesses might be affecting his own — the guy lends his name to several different hotels and restaurants globally — and he said he was getting hurt like everyone else.
It almost seemed like he wasn’t sure — but took some big guesses, eventually deferring to his sons, who are in charge of the Trump empire while DT’s in office.
Still, Trump took a hard stance, telling the press Sunday he actually thought it would be a good idea if his hotels closed to deter people from congregating and cut down on the virus potentially spreading. TMZ called around … and it doesn’t sound like that memo’s gotten to his own staff quite yet. Fact is … some U.S.-based Trump Hotels are still taking bookings.
Of the stateside Trump Hotels where folks can rent a room for Sunday night — according to the front desk clerks:
— Trump International Hotel Chicago … Open for business
— Trump International Hotel Waikiki — Open for business
— Trump Int’l D.C. — Open
— Trump Int’l Hotel and Tower Vancouver — Open
— Trump National Doral Miami — Open

Trump hotels in Nevada and New York — Closed
As for international properties, the hotel in Turnberry, Scotland is open. The hotel in Ireland is not.
Of the places that are still open, most of them are stepping up cleaning and have closed the restaurants, gyms and other amenities. In some cases, in-room dining seems to be the only option.