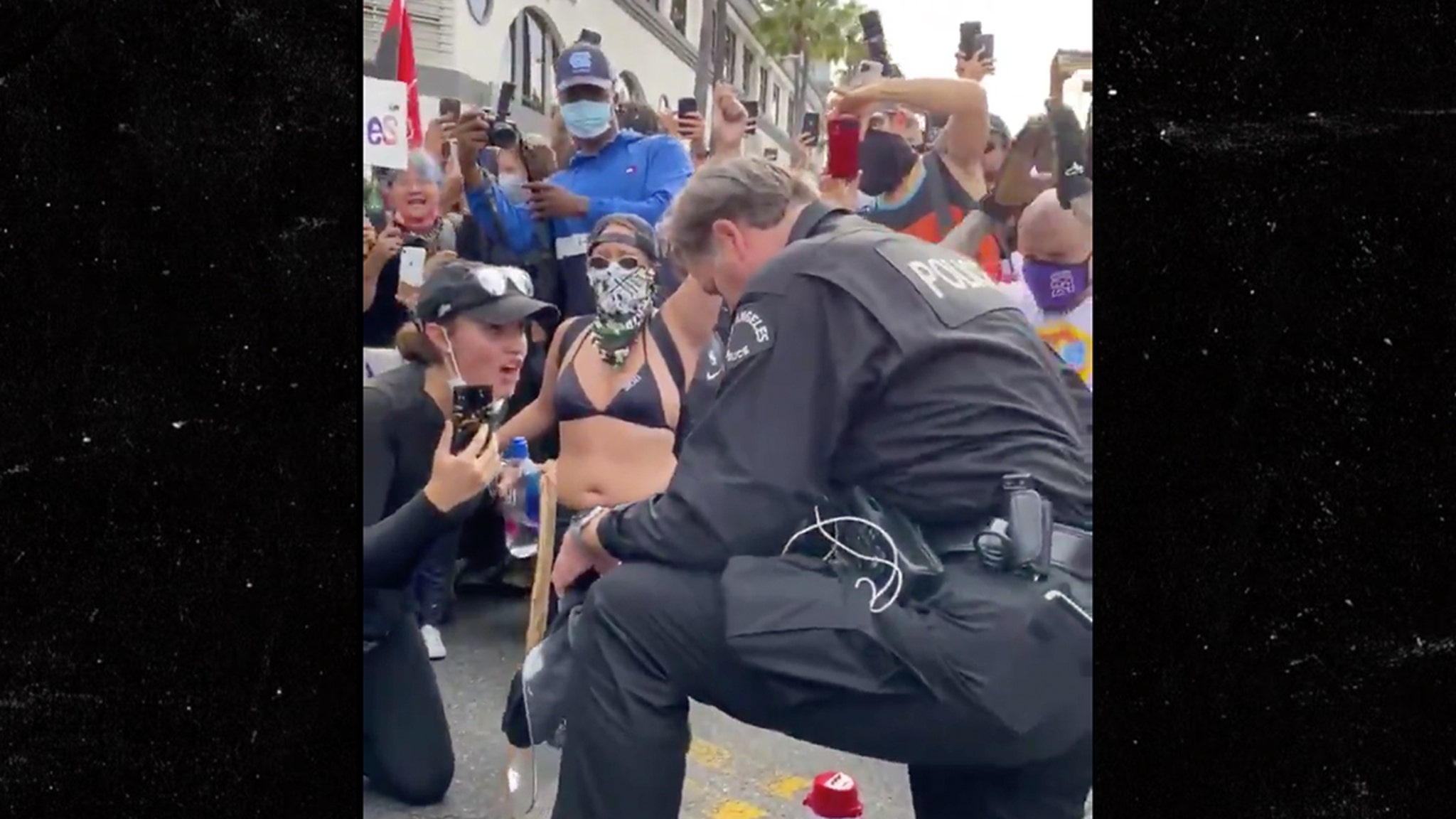 Someone needs to tell Donald Trump this is how it’s done. It’s not about firing rubber bullets and teargassing protesters — like he ordered Monday at the White House — it’s about cops and citizens finding some common ground, which is what happened in WeHo.

An LAPD cop was smack in the middle of a demonstration on the Sunset Strip, with hundreds of demonstrators surrounding him. He used a bullhorn — not bullets or gas — to interact with the crowd, and just after someone took a knee, the cop followed suit.
The crowd roared with approval, and the officer then seized the opportunity to say he and the crowd were one, and then he asked them to peacefully disperse before curfew began so everyone would stay safe. He also assured them the police would not interfere with their exit.

The scene was repeated a few miles inland, when the Riverside County Sheriff also took a knee.
This is just one officer, but it’s clear one person can make a difference, and isn’t that the point? In Trump’s case, one person can be destructive — the notion he could order peaceful protesters to be gassed and shot at so he could play to his base in a bizarre display with a bible, a boarded-up church and the Second Amendment … well, it’s not surprising.