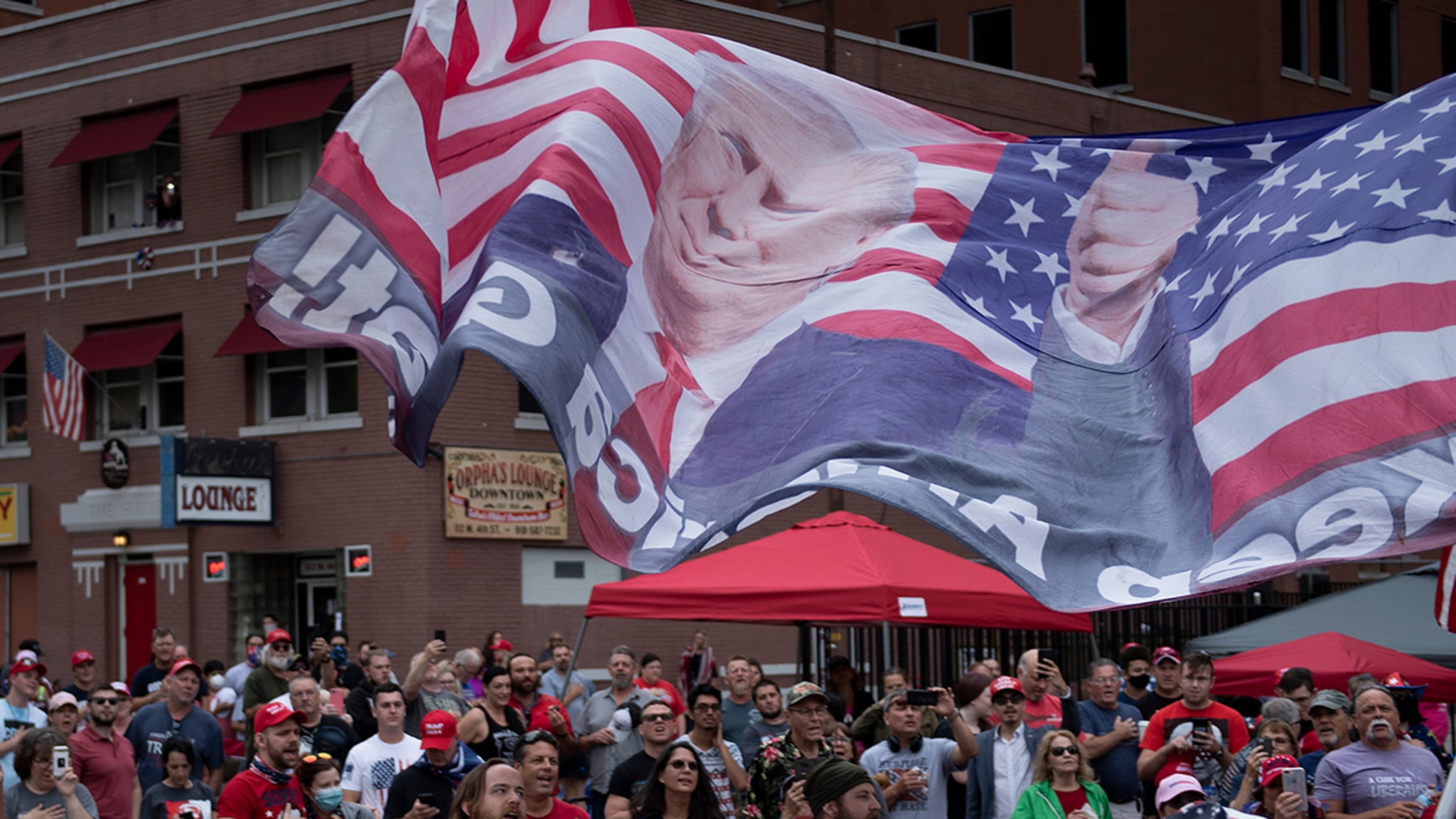 11:25 AM PT — Reports on the ground say SIX of Trump’s campaign staffers who are in Tulsa working on the logistical side of things have now tested positive for COVID-19.

It’s unclear when the staffers might’ve contracted the virus, but it sounds like they were tested in the past couple days ahead of Saturday’s rally … and were immediately placed in self-isolation. Trump’s campaign says the six positive hits popped up among hundreds of tests administered to staffers.
At any rate, it’s not an encouraging announcement before thousands of people crowd into a room … most of whom are unmasked.
The imagery brings all the worry to life … thousands of people are lined up outside the Tulsa venue where Donald Trump will hold his campaign rally Saturday night, and it’s hard to spot masks in the crowd.
The venue itself will hold around 19,000 people … all of whom will sit inside for hours waiting for the rally to begin. City officials say as many as 100,000 people may turn up for the event. As we reported, doctors believe just based on the people who get inside the venue … 800 to 1,000 will contract the virus.

Trump’s anti-mask message has clearly connected with his followers, despite the clear science that masks help prevent the spread of the virus.
Authorities are expecting protesters at the rally … one’s already been arrested for trespassing, despite the fact she was peacefully protesting. And, Trump has dog whistled on Twitter that some of the protesters — or as he calls them “lowlifes” — will be met with violence if they dare make their presence known.
Originally Published — 10:41 AM PT