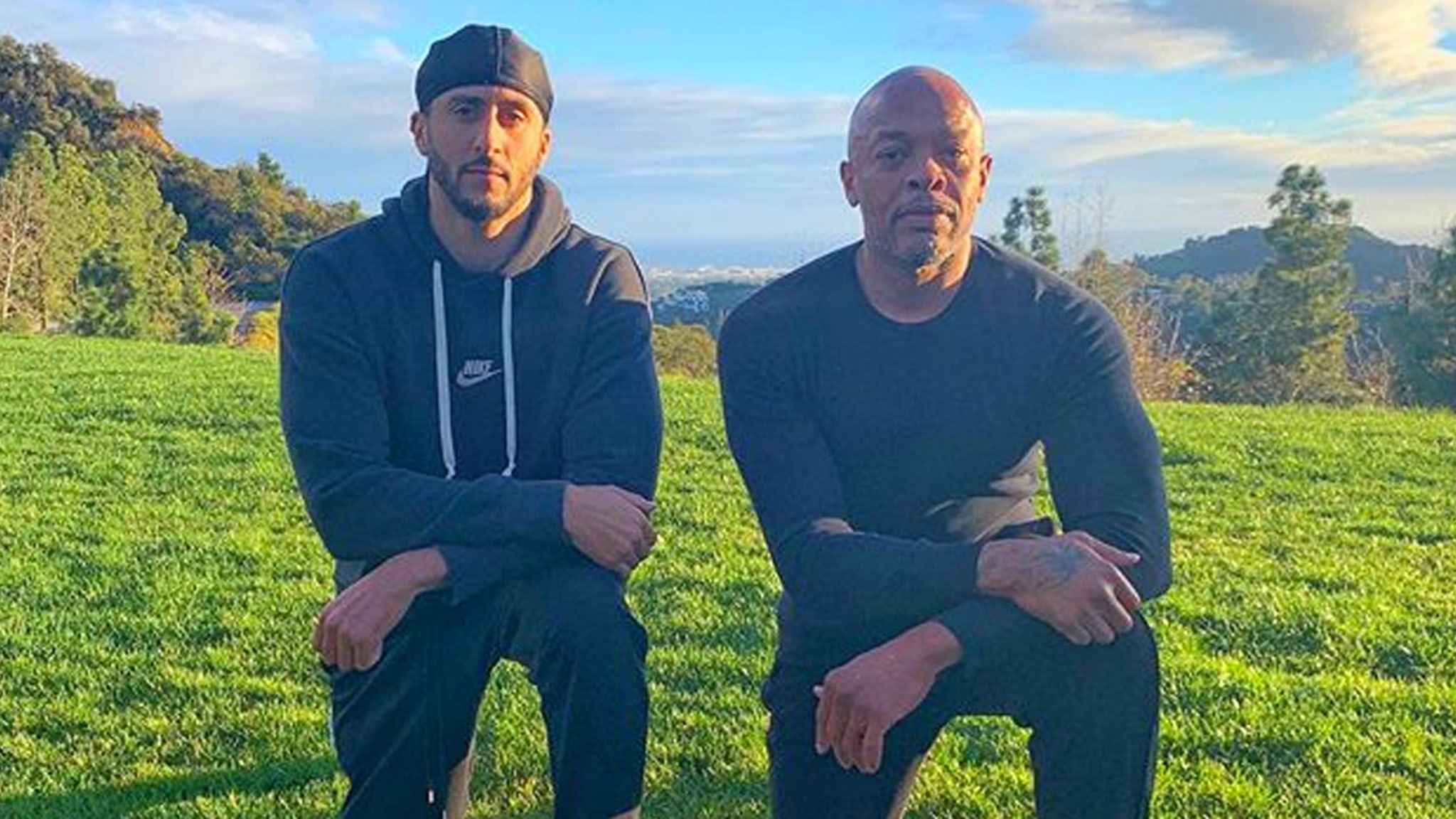 Two icons. One photo.
Colin Kaepernick and Dr. Dre struck a pose together to send a message — taking a knee during a recent get together … and LeBron James approves!
“Defiant,” Dre wrote about their photo posted Sunday night. Unclear when and where the pic was taken. We’re working on it.
The pic was praised by stars like LeBron, Caron Butler, Busta Rhymes, Kevin Durant and more.
Colin and Dre have been in business together for years — Colin had an endorsement deal with Beats By Dre starting way back in 2013.
And by the way, Beats By Dre recently signed Bubba Wallace — the only Black driver in NASCAR’s top series;
“No one should ever be asked to apologize for standing up for what’s right,” the company said after signing Wallace earlier this month.
“We are proud to welcome @bubbawallace to the Beats by Dr. Dre family.”
As we previously reported, Colin is still dead serious about trying to get back into the NFL — and has been training almost every day to stay ready.
A few teams mentioned they’re interested in the QB — but so far, no one has brought him in for a workout.