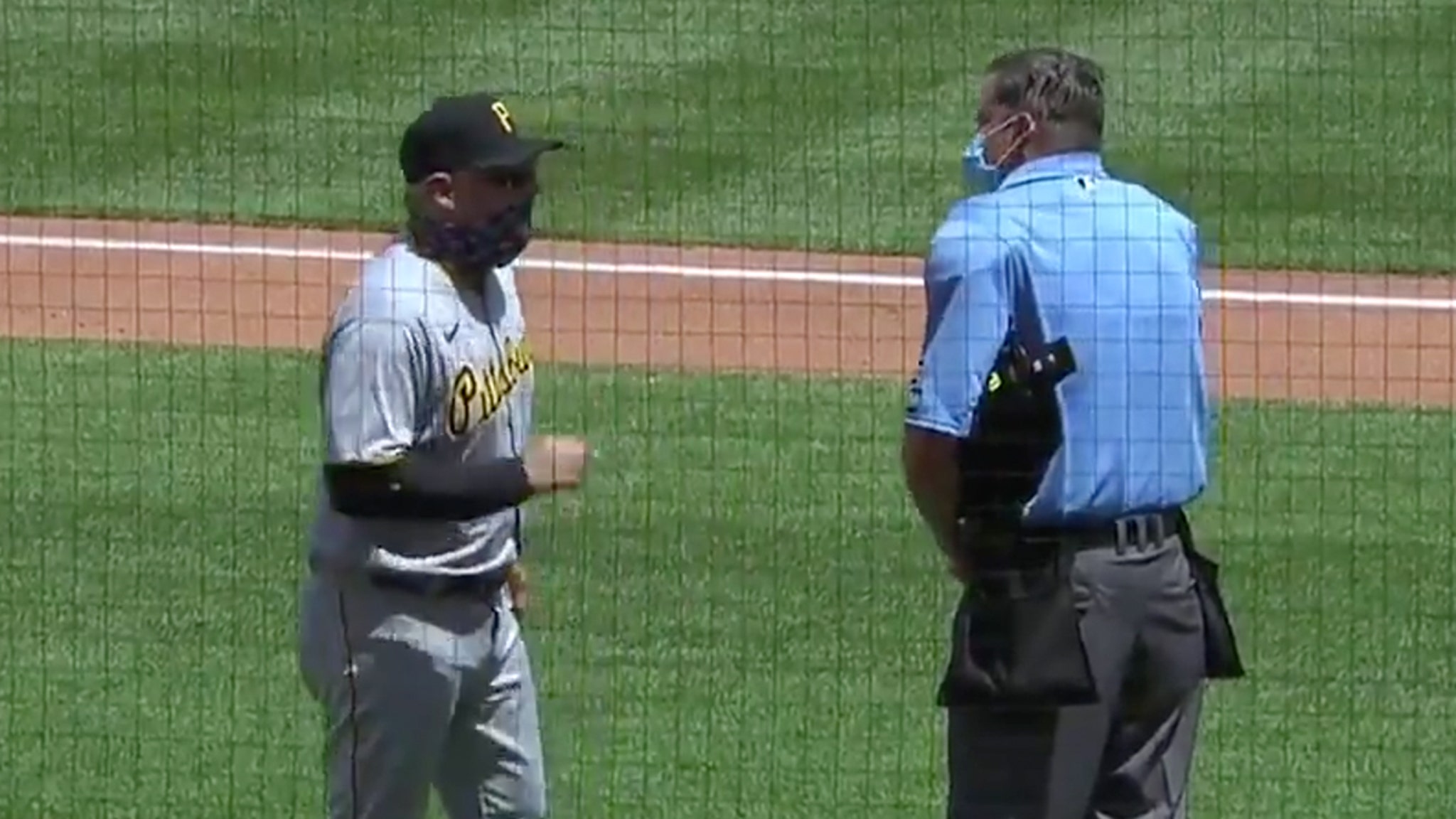 One of the first “YOU’RE OUTTA HERE” calls of the 2020 MLB season just went down in St. Louis, and the usual faceoff between manager and umpire is so very ‘rona-hilarious.

Pitcher Derek Holland got tossed by home plate umpire Jordan Baker Sunday in the team’s game against the Cardinals, because he was sitting in the stands. That pissed off his manager, Derek Shelton … who stormed out to the field to give the ump a piece of his mind.
Watch though … before Shelton and Baker get into each other’s faces, they both remember to throw on their face masks before barking at each other. You can even see Shelton step away from Baker as they square up, seemingly trying to keep his distance.
It’s pretty hilarious … normally, managers and umpires are touching noses over an on-field decision like this, but because of the MLB’s strict new guidelines, they can’t even do that anymore.
We’re all adjusting, aren’t we?